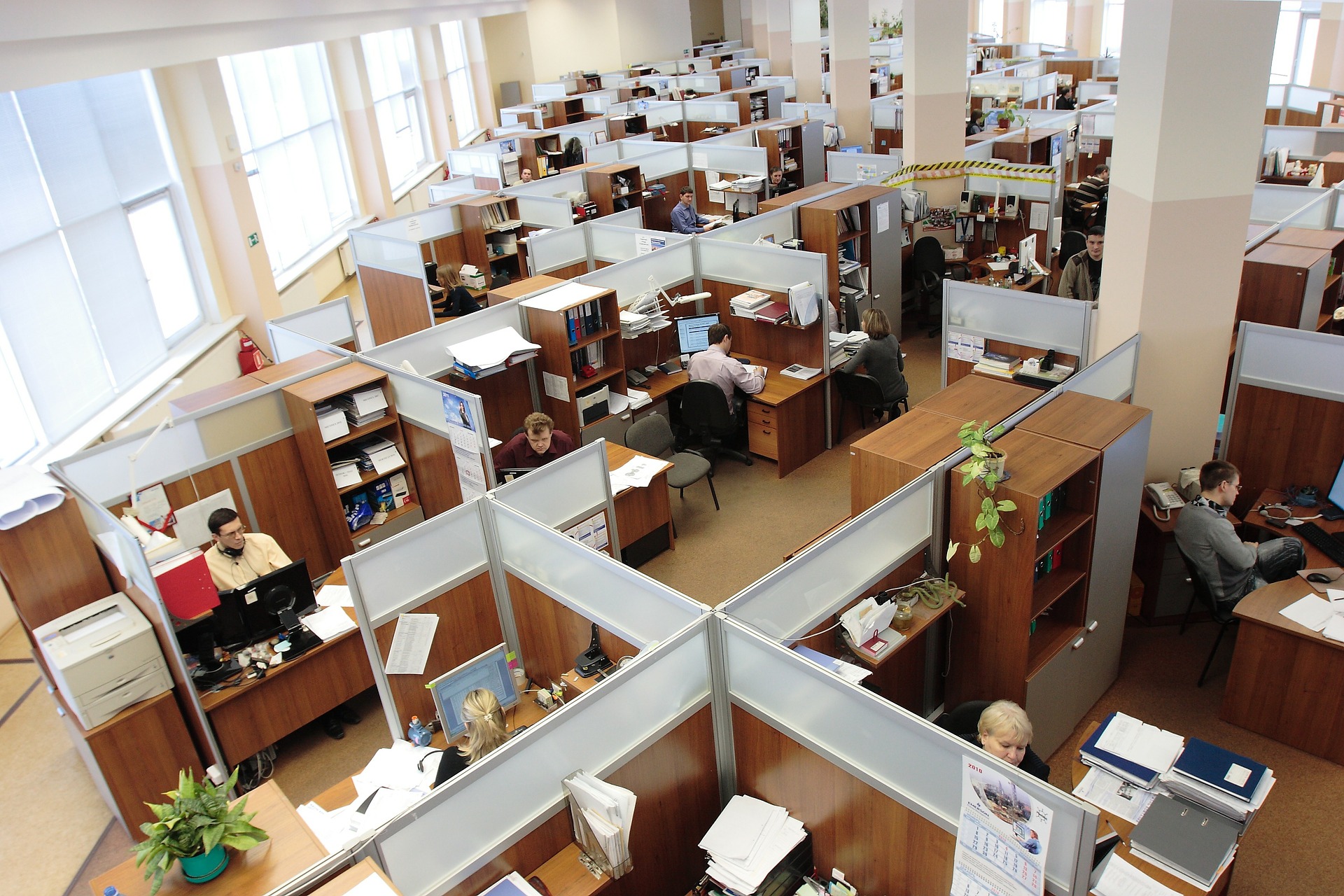 Office design: why customisation is key

Why the granting or withholding of control over employees’ working conditions has a knock-on effect on their physical and mental well being.

Do you go to work in an office? Or, perhaps you sit behind a desk in a large space divided up into cubicles. Do you have a large desk or a small one? Is there a window in your office? Or, perhaps an air conditioning unit? Do you display photographs of your family or does management supply posters with pithy quotes such as “the only way to guarantee failure is to never try”? You might wonder why these questions matter, but in recent years psychologists have become interested in why some office designs make workers happy and others not.

Organisational psychologists are increasingly interested in how work environments affect performance. Research suggests that the size of our desks, how we decorate our workspace and the amount of privacy we have (or don’t have) or, if we have a desk at all, contribute to contentment, comfort and productivity.

Office design is not a new concept. In the early 20th century, an American engineer named Frederick Taylor conducted a study of efficiency at the Bethlehem Iron and Steel Company in the US. His published study The Principles of Scientific Management has become so influential in management studies that it is still widely practised and cited today. He invented the concepts of piece rates, assembly lines and time and motion studies. He was also a proponent of optimising workplaces for efficiency – extraneous equipment, people and furniture had to be moved out of the manufacturing or work area in order to achieve maximum productivity. These principles have been adopted for today’s work environment, in which large spaces can be quickly reorganised by partitions into cubicles or dispensed with completely through hot-desk systems.

In 2010, two researchers at the University of Exeter – Alex Haslam and Craig Knight – became interested in office design. They focused specifically on cubicles, investigating how much freedom workers had to design their own spaces and whether the look of the cubicle influenced the work that got done. To conduct the research, they designed four different layouts and asked people to do an hour’s worth of work in each. The layouts were as follows:

The first was the ‘lean’ office – a spartan space with a bare desk, swivel chair, pencil and paper;

The second was ‘enriched’, which had all of the basics and was decorated with plants and art;

The third was ‘empowered’, in which people could rearrange the plants and art any way they wished; and

The fourth was ‘disempowered’, in which the respondents were allowed to decorate, and then researchers undid all the personal touches.

The findings from the research are interesting. A pleasant work environment is important, but on its own, it is not enough. People in the ‘enriched’ office worked about 15% faster than those in the ‘lean’ office. Productivity and wellbeing increased by about 30% in the workspaces that people customised themselves. When people’s choices were overridden

(in the disempowered office), their performance and wellbeing dropped to the same levels as those in the lean office. The findings from the study show that autonomy to customise the work environment is even more important than the physical environment itself.

The bigger issue highlighted in the study is one of control. Granting or withholding control over employees’ working conditions has a knock-on effect on the physical and mental wellbeing of employees. Whether it is shared offices, cubicles or hot-desking, what appears to be a simple exercise in space-saving or cost reduction may also result in productivity issues if not considered collaboratively with employees.